Below is a list of artists with confirmed donations for the 2013 Silent Auction.

Inspired by log homes in British Columbia he became a professional log builder. He eventually began making his own furniture from the surrounding forest which was more suited to his tastes and he also became interested in wood carving. Honing these skills for almost 30 years, he has applied them to create beautiful and original framed mixed media works. He doesn't like to be confined to one area so he creates a multitude of different works, most of which relate to Mother Nature or man's place in our natural world.
http://www.russzietz.ca
http://www.facebook.com/#!/pages/Russ-Zietz/392023817529219?fref=ts

With a background in oil and acrylic painting, Jim seeks to create a surreal, dream-like atmosphere in his photographs that inspire the viewer's imagination. Influenced by French Impressionism and musicians of that era, he vies to translate and conglomerate his visual and auditory inspiration into a photograph; much like the Impressionists, he is interested in capturing the effects of transient light and passing colours in his images. Jim has many beautiful photos of Wakefield, the Gatineau River, and the Meech Creek Valley. http://jcroditis.com/home.html

Emily Rose Michaud is an interdisciplinary artist with a particular interest in urban and rural ecology as it pertains to community outreach, street performance, installation & Land Art. She offers Art and Nature programming for Youth in the Outaouais region at the Ottawa School of Art, 100 Mile Farm and her studio in Wakefield, Qc. Raised in the Gatineau Hills, she currently lives and works between Wakefield and Montréal.

A self-proclaimed late bloomer, Alex Houghton began a serious relationship with the guitar in her early 20’s. With no previous musical background, she began to study in earnest with whomever she could. Private lessons with Paul Bourdeau, a renowned expert on the music of Lenny Breau; 3 years of musical studies at both Carleton and Ottawa Universities; occasional lessons with Don Ross and Pierre Bensusan and workshops and master classes with any guitarist who piqued her musical curiosity all helped to inspire her. 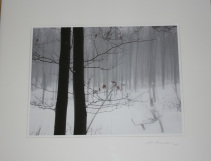 Adrienne Herron is a photographic artist who has lived in Toronto, Vancouver, Kitchener, Ottawa and Montreal.  Her aesthetic frame of reference is interpreting the natural world that surrounds her. For the last five years she has been concentrating almost exclusively on using camera movement at the moment the shutter is released. The camera becomes her paintbrush and she uses it to interpret reality; to create her own personal impression of her subjects.
Adrienne has exhibited in solo and group shows in Ottawa, Toronto and Chelsea. Her photographs are held in private and corporate collections.
http://www.adrienneherron.com

Hannah Ranger has been Feltmaking since 2006. Different varieties of wool, silk, linen and other fibres are hand crafted into practical and wearable art as well as fantastical installations and sculptural wall hangings. Hannah has made a name for herself as a collaborator and teacher, participating in textile events and art festivals in partnership with other artists, and offering workshops and studio sessions from her studio in Farrellton, Québec.
http://hannahranger.webs.com

Elizabeth was born in Ottawa and received a degree in Fine Art from the University of Ottawa, studying with Jacques Hurtubise and Richard Gorman. Her work has-beens Shown in her own studio shows, at Art in the Garden in Chelsea, Gerry and solo shows at Isobel's Cafe and The Seasons and the Mud Oven with The Pastel Society of Canada and at Keffer Gallery in Almonte.
http://www.erutledgeart.com/art

Phil Daniels is exploring artistic ideas for different furniture. He builds different pieces for the pleasure of creativity. He applies his knowledge of antique reproductions and furniture making in a new direction of creativity. He blends dyes, glass and wood, shapes and form and lets his ideas and imagination form unique furniture. He uses different colours to stimulate the imagination, to show what non traditional coloured furniture can do to a room. He builds artistic outdoor structures, fences and furniture, bending wood and using natures natural shapes to create beautiful forms.
http://www.phildanielswoodworks.com

A long time member of the Studio Tour, Michael has exhibited his work in many group and solo shows, locally and in Toronto, New York and Eastern Europe. In a world that is overbuilt and filled with "stuff', where technology makes every aspect of our lives interconnected, his sculptures increasingly speak to the difficulty of finding space, solace, renewal, privacy. They comment on the social decay of our cities as we discard things at will, and at our peril, in our lust sumer goods.
"All art is about the artist. How he sees the world, where meaning takes hold of him. What you offer is part of your self. It is that search for beauty - no matter how rigorous the statement. I always strive to make my work clean and fresh with strong, fluid lines and details. I have a visual image in my mind. I keep rotating it 360 degrees. I am constantly looking at it until I am ready to build it. And then, in the building, it becomes sanctuary.

Marie France Nitski is known for her larger-than-life exuberant paintings. The third child of seven, Marie-France was born in the south of France, where she was free to run through the forest, roaming hills reminiscent of the Gatineau.

A winner of the top prize in Visual Arts at Algonquin (1982) and at Ottawa University (1991) and a regular on the Studio Tour, Marie-France has exhibited every year through myriad venues. She longs to bring art into the lives of everyday people, to take it out of the museums and galleries to where it is easy to see.

"Art helps us to live, to go through life. It must be accessible."
mfnitski@gmail.com

Margaret Ann Capper Galbraith has been creating and exhibiting her work since graduating from the Nova Scotia College of Art and Design with a Bachelor of Fine Arts in Ceramics, 1977.

Diane is a local artist with an interest in natural fibers. Several years ago she became intrigued with the beauty and versatility of wool, and set about learning how to felt. Working with this earthy fiber is a constant reminder to her of our connection with the natural world.
"Creating felt is a very physical and tactile process which demands my energy and imagination. I get a lot of enjoyment from using the same basic material to make widely different projects. Whether sturdy and warm, or light and airy, felt is a joy to work with and a joy to wear."

“Life is a process. Art is a process. All the years that I trained now enable me to do these sculptures. Art carries my language. It is a place where I can talk about myself through material, not words. It gives me a reading on who I am.
http://www.dianelemire.com

Iris Kiewiet is a local artist who was born in the Netherlands. Bright colors and new color combinations with acrylic paints define her themes of people and imagined landscapes.  In her art she explores how inner qualities create the surroundings; same colors, different shapes.
Iris has taken part in the 'Artists in their Environments' studio tour for the past 4 years and she has a studio at Centre Des Arts in Chelsea. Please visit her website for more information including information about upcoming art classes for children and adults.
www.iriskiewiet.ca

Janice Moorhead, an honours graduate from the University of Ottawa’s Visual Arts program in 1979, is presently well known across Canada for her glass art.  This glass work is entirely unique for two reasons.  The first is her vision....her approach to glass has always been through the eyes of a “painter”.  Secondly, and most importantly, is her technique....a “layering” procedure which she developed in 1985.
http://www.moorheadglassart.wakenet.ca

Carol is a wood and Electric fired potter and sculptor works in her studio beside her home in Old Chelsea. Her 3 sons are Peggy Brewin Alumni from ( 1983 -1989 ) and she has participated in the auction ever since! Some of her work reflects the images of her first Wakefield home in the Meach Creek Valley where she and husband Mark began a veterinary clinic in 1979. Her pottery tableware can be found in local Chelsea Restaurants and shops. She is also currently on the Founding Board of La Fab: Centre Des Arts, Cultures et Patrimoine de Chelsea (The renovated St, Stephens Rectory) where she is creating and installing a wall of tiles with names of donors for this community project. All are welcome to contribute to the project and have their names preserved on this wall. Carol can be contacted for her work or for La Fab at froimovitvh@sympatico.ca

Christopher W. St. Amand (b. 1973) produces site-specific installations and public art. He is currently an M.F.A candidate at the University of Ottawa who completed his Bachelor of Fine Art from the University of Regina in 1995. Pursuing his interest in art and architecture he was awarded the public art commission for Campion College at the University of Regina in 1998, a two year project that included him on the design team, 'Arc' opened in Spring 2000. In 2005, he was awarded one of four permanent sculptural commissions for Saskatchewan's centennial, that same year he was a featured artist in the documentary Bravo television series Landscape as Muse. Since 2006 he has participated in exhibitions across Canada and exhibited internationally with the artist group Satellite Bureau in Japan, Scotland, Sweden, India and the U.K. .

Christine Leger has been an active Canadian artist for over 15 years. Her nature and wildlife paintings, prints and cards have been sold across Canada and internationally.
Her style of romantic realism has been sought after by numerous repeat customers. Due to her several years of exposure as a vendor in the high-traffic tourist area of the Byward Market in Ottawa, her clientele is international. Much of her work has been purchased by private collectors in countries such as England, France, Sweden, India, China, Japan, and the United States.
http://christineleger.indelta.ca